In case you haven’t sensed it yet, Maria and I are quite busy. So we love it when companies we like try to make our lives easier. That’s why Maria loves Stitch Fix so much and why I love to shop online (sometimes ruining surprises). One thing that both of us have needed for quite some time, but put off because it would require us to take time out of our workdays, is new glasses. It’s pretty obvious that I need glasses because I wear them all the time, but Maria actually has worse vision than I do. She usually wears contacts, so you may not have ever seen Maria in glasses before. But she is trying to spend a little more time in glasses and give her eyes a chance to breathe. 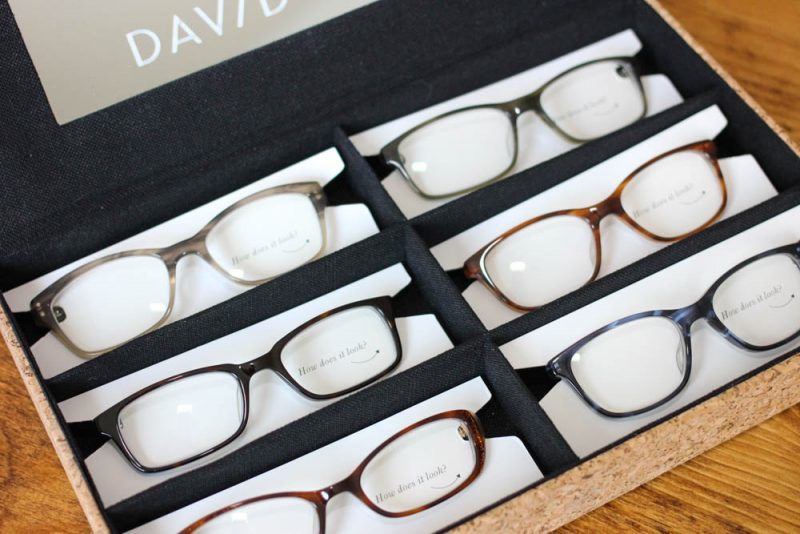 When we realized that there are now online services for ordering prescription eyeglasses, Maria and I jumped right on that boat. We planned on writing about a few different services, but we were so blown away by David Kind that we decided we didn’t really want to talk about anyone else. We tried their main competition and while the price point was lower, the quality simply couldn’t compare. David Kind won, hands-down. In fact, we only have on minor complaint about David Kind, which I will get into towards the end of the post. (Full disclosure: this post is not sponsored by David Kind; we just love them that much. We are David Kind affiliates, so there are affiliate links in this post, but these opinions are completely our own).

We’ll get more into the details later, but when you order from David Kind, you select three frames and a stylist selects three other frames for you. So you have six frames to try on total. When it was time to order my glasses, I decided to take a few risks and select some frames that were more “out there” from my normal style and see what my stylist sent for me. Perhaps I would get a pleasant surprise! When making my selections, my overriding concern was that I needed to be somewhat conservative. I am a lawyer, after all. I do need to look the part and while blue frames may look stunning on my wife, they aren’t exactly aren’t part of the image I like to portray. I let my stylist know that, too. 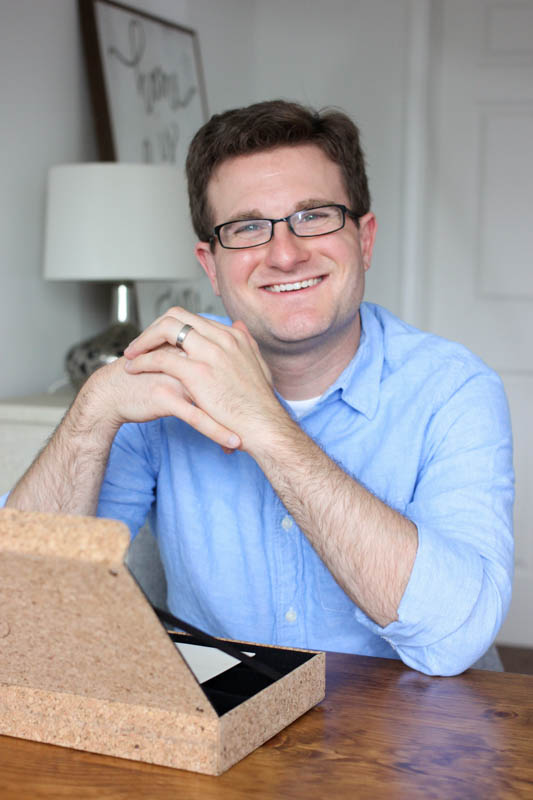 Rob’s Selection #1: The Rhodes in Black

Not going to lie: I chose the Rhodes frame in Black mostly because I thought they would make me feel like an engineer at NASA in the 1960’s. Those nerds were some classy nerds. The frames just had that throwback appeal that I thought might be fun to incorporate that into my daily dress. 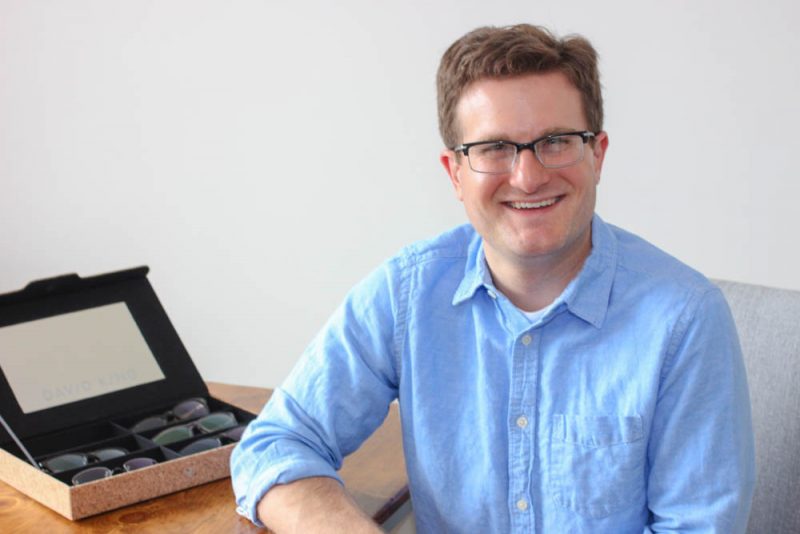 The glasses weren’t bad, but, when I put them on, they really didn’t do anything for me. Maria (my fashion expert) was not a fan at all, so I said goodbye to The Rhodes and put them back into the box.

Rob’s Selection #2: The Raleigh in Dusk

The Raleigh frames in Dusk were meant to be my conservative choice. They are very similar in appearance to my current glasses. I like the narrow, rectangular lenses and the simple black frames. Simple frames for a simple man. 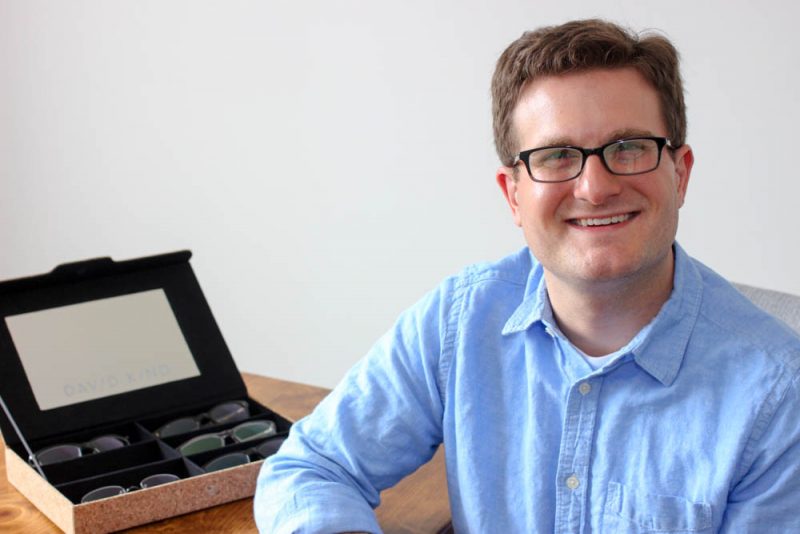 For reference, here are my previous frames: 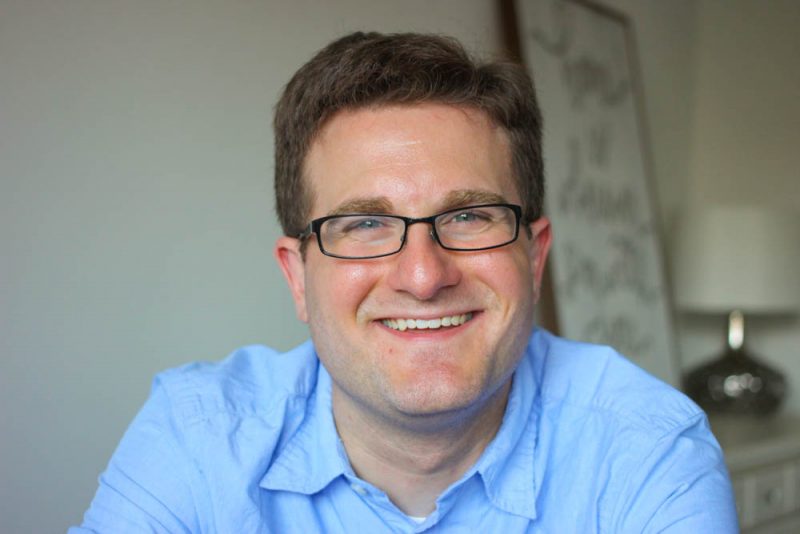 As you can see, my old frames are somewhat thinner, but that’s pretty much only because they are metal while the Raleigh frames are plastic. I did like the Raleigh, but they were unfortunately too narrow on my face. I could feel the earpieces bending out more than they really ought to. So, despite liking them a fair amount, this pair was not going to work for me.

Another truth: I chose the Oriole frames in Tiger Eye because I wanted to feel like I was a colleague of Dr. Henry “Indiana” Jones, Jr. in the 1940’s. These frames have that much more rounded look that was seemingly popular back then, though somewhat updated with a modern twist. 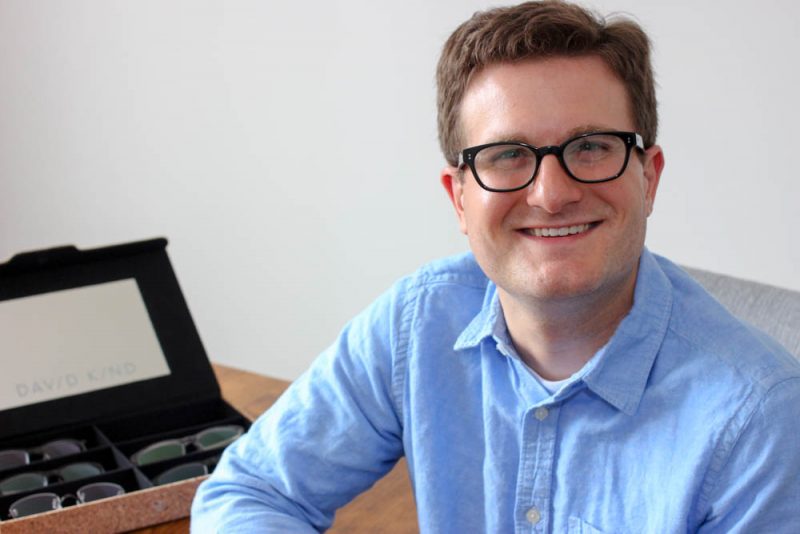 I liked the look overall, but I don’t think it was really for me. The frames were much thicker than I was used to. Maria did not approve, either. I think her exact words were that they make me look like a bug. So these weren’t going to work either. Darn, that makes me 0 for 3. At that point, I was hoping that my stylist chose better than I did.

Well, score one for the stylist. I really liked the Trenton frames in Black. They were a bit bigger than the Raleigh frames, but had the same classic style. 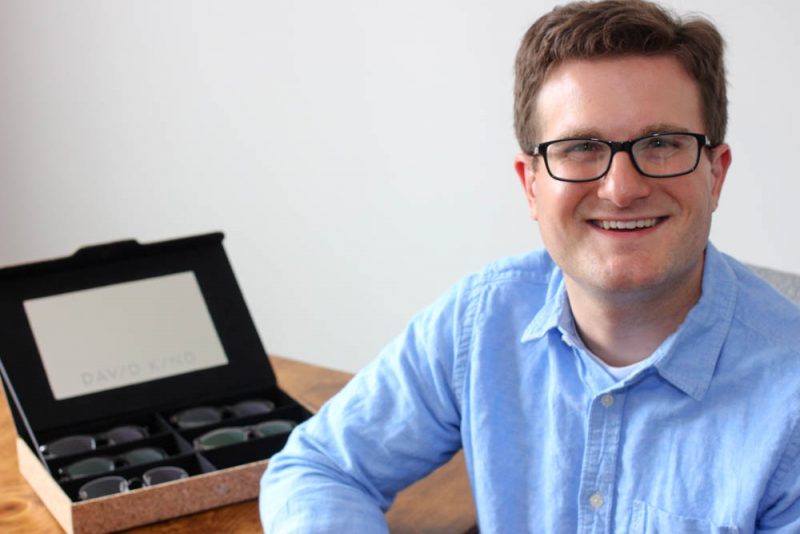 And, more importantly, they fit my face, unlike the Raleigh frames. I marked these as strong potentials.

If you can’t tell from the name, these are the same frames as the previous ones, just in a different color. So the fit was the same, it just came down to my color preferences. 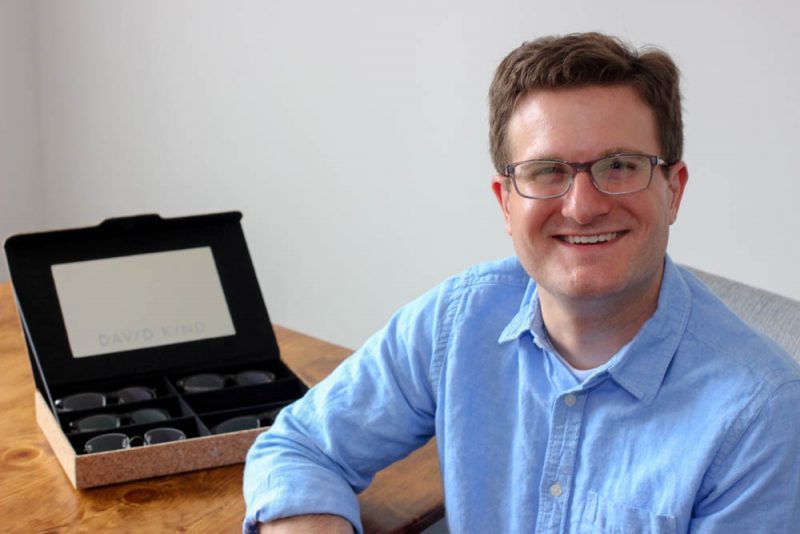 I actually was pleasantly surprised by how much I liked the Glacier Gray. It’s not a color I would have chosen for myself, but I thought it looked pretty good, while still being fairly conservative. But, when it came down to it, I just preferred the black more. The Glacier Gray frames were out of the running.

Oh man, my stylist was clearly trying to make my choice very difficult. Score 2 for the stylist; these frames were great. I am a minimalist: I love things to be as simple and clean as possible and it doesn’t get much more minimal than the Dover frames in Antique Pewter. 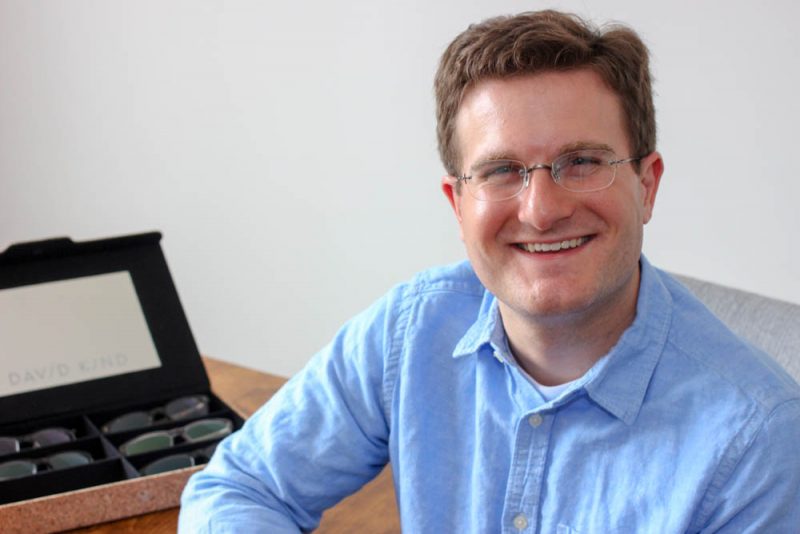 I loved the cut of the lens, I loved how light they were, and I loved how they looked on me. This was going to be a really hard choice.

Click over to the next page to see what frames arrived in Maria’s David Kind box. We are also giving away a $75 David Kind gift card and this is one giveaway that you do not want to miss! 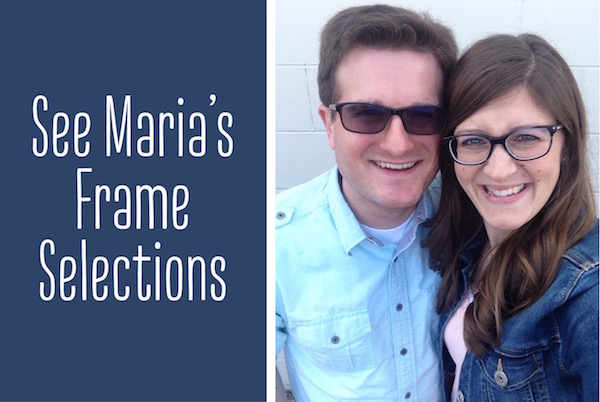 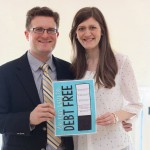 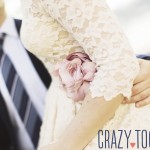 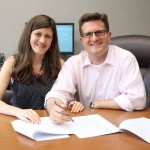