Thirty-two weeks into my pregnancy and things are getting pretty interesting in the Gavin household. Rob and I have been working tirelessly to prepare our house for the arrival of our little one. We’ve figured out what we will do for childcare this fall, attended childbirth class, mostly assembled our nursery, and spent hours on our computers researching everything baby. I finally had a chance to sit down and share a little bump update with you.

This post contains a few affiliate links. We receive a small commission each time someone makes a purchase through one of our links, which helps to support the blog (and our growing family!) 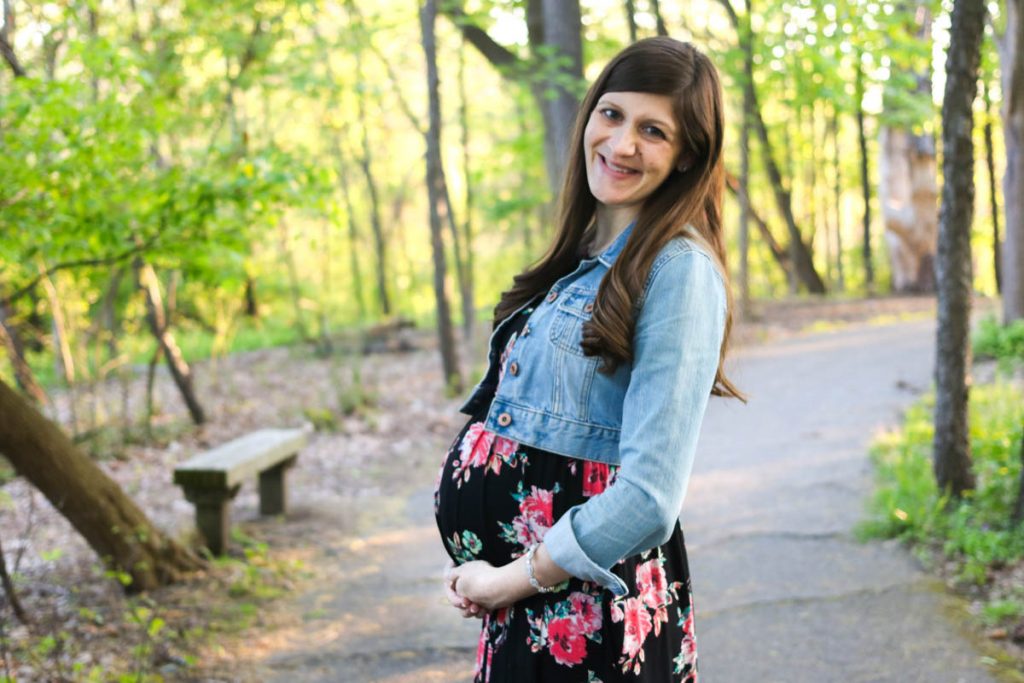 How far along am I?
I’m at the end of my 32nd week! It’s hard to believe that we are only 8 weeks away from meeting Baby Gavin. I still don’t feel fully prepared to be a mom, but we’ve checked many, many things off of our baby to-do list and we are getting there.

How much weight have I gained?
As of my last checkup, I’m up about 16 pounds from my pre-pregnancy weight.

How am I feeling?
I get asked this question a LOT and lately I feel as though it’s such a loaded and complicated question to try and answer. Physically, I feel pretty good given that fact that I am 32 weeks into this pregnancy. The most notably physical symptom I have is tiredness. I feel exhausted all the time. My upper back often hurts late in the day, which is also about the time when the heartburn kicks in. Oh dear Lord, the heartburn. I can usually fend it off with a few Tums during the first half of the day, but by the afternoon I get out the big guns and take a Zantac (which, thankfully, does a great job of solving the problem).

My feet have also begun to swell, especially my right foot. They’ve been swollen for nearly a month now. I try to put them up as often as I can and I’ve even been icing my right ankle a bit to try and relieve the swelling. It doesn’t help that May is always the busiest month at school in my kindergarten classroom. I have spent countless long days on my feet and I’ve had many, many evening events and commitments to attend. The swelling has made several pairs of my shoes less-than-comfortable for me to wear on my feet for 12+ hours, but thankfully my old and trusty pair of Lovestruck Tieks have been a lifesaver. It’s my oldest and most loved pair (which means they are the most stretched out.) So stretched out that a few months back I considered throwing them out and purchasing a new pair. I am so glad that I decided to keep them around because I can wear my gloriously stretched out Tieks all day long and they never feel like they are digging into my poor swollen feet.

My hormones have also been surging for the past few weeks. Up until my 7th month, I didn’t have too many mood swings or other notable changes in my emotions from the pregnancy hormones. There were a few rough days during the first trimester, but that was largely due to the fact that I was exhausted and the nausea was hard to deal with. Let me tell you, the hormones finally decided to show up and take over my emotions. I’ve had more days of crying this month than I care to count. Disappointments and frustrations that I can usually deal with like a normal person will have me crying buckets.

And then there is the biggest pregnancy adjustment I have had to make – I was diagnosed with gestational diabetes about four weeks ago. When I first got the news, I was completely overwhelmed and I felt so devastated. I knew I was going to have to test my blood sugar four times a day and I was convinced that it was going to hurt a lot. I also felt like I had somehow failed at taking care of myself and I had no idea what I could and could not eat. In reality, the diagnosis wasn’t all that big of a deal. But those pregnancy hormones – they got me. I cried buckets of tears for three days straight. Poor Rob tried to be supportive, but let’s face it: he was no match for the surge of emotions taking over my body. I received the news on a Sunday and took on managing gestational diabetes at the hospital the following Wednesday. The class was exactly what I needed. There were four other pregnant women present (one of whom took her three hour glucose test at the same time that I did) and a dietary specialist explained all of the guidelines for when, which, and how many foods to eat through out the day. We were all asked to obtain a glucose meter and testing supplies prior to attending the class and the instructor talked us walked us through our first finger poke. (No surprise – it didn’t heart nearly as much as I had built it up in my mind.) I’ve been carefully monitoring my diet and faithfully checking my blood sugar since that day and, while it certainly has been an adjustment, it has been a change that I can manage.

How am I sleeping?
The nighttime hip pain that I’ve had to endure on and off throughout this pregnancy has thankfully taken a break! I’ve had a few weeks of good, solid sleep and it has been heavenly. My belly always feels strangely uncomfortable when I try to turn over during the night, but other than that there have been very few issues. I’ve been enjoying a break from tired feet and a sore back when I go to sleep at night. It has been blissful!

Do you think you’re having a boy or a girl?
Rob has been convinced that we are having a girl for the past several months. I wasn’t really sure for a while, but as time goes on, I’ve gotten a strong suspicion that the baby will be a boy.

Do you have any names picked out?
We’re about 90% settled on a girl name and we’ve whittled our list down to four potential boy names. So we’re getting there!

Any food aversions?
I’m sad to say that coffee has not been my best friend during this pregnancy. I wanted nothing to do with coffee during my first trimester, but enjoyed a morning cup of decaf java during my second trimester. Now that I’m in my third trimester, coffee has very little appeal to me. I’ll pour myself a cup of decaf if Im desperate for something to wake me up, but I don’t really enjoy coffee. Instead, iced tea has become my morning beverage of choice for my morning routine and drive to work.

Am I craving anything?
I’ve had to cut way back on sugary and carb-heavy foods since I was diagnosed with gestational diabetes. Most days, all I long for is a big glass of Coke with ice. Since sweet drinks offer very little nutritional value and contain all of the carbs that I am allotted for a given meal, I’m supposed to avoid sweet drinks, which can be so hard. Water and unsweetened ice tea only get me so far and sometimes I will make myself a veggie omelette for lunch just so I can get all my carbs for the meal from a glass of Coke. Those days are the best.

Any stretch marks yet?
No, not yet. But this belly keeps getting bigger so I’m curious to see how much longer it will last.

Have you had your shower yet?
Yes, we had a very simple, low-key shower last weekend at my parents house. It was wonderful to see so many friends and family members and we are so thankful for the gifts that we were showered with. All of the small items have been sorted, laundered, and tucked away while we wait for baby. The large items are currently occupying a pile in our basement. We even dropped all of our thank you notes in the mail earlier this week and are one step closer to being ready for the arrival of Baby Gavin.

How’s the nursery coming along?
Our nursery is nearly complete! It’s furnished with a crib, dresser, rug and a glider. Finding the perfect chair for our very small nursery certainly was a challenge. We decided to go with this chair from Wayfair that boasted of a low price and a very small footprint!

Have you started nesting yet?
A little. I have no desire to scrub or clean anything, but I’ve been organizing little spaces throughout the house and trying to finish furnishing a few areas that Rob and I have put on the back burner ever since we moved in. A few weeks back, we finally purchased an area rug for our living room and bought a coordinating indoor mat for the front door.

What else do you want to accomplish before the baby arrives?
We have a few items left that we want to check off the list in the coming weeks. Now that we have car seats, I intent to have them installed by a certified expert in car seat safety. Rob and I will attend breastfeeding class at the beginning of June. Thanks to a friend, I recently discovered the EWG iPhone app and I want to research and purchase safe shampoo, lotion, and other skin care options for the baby. I also really want to find a few items to hang in the nursery – then it will finally be complete! Finally, I want to begin assembling our hospital bag in the next few weeks, just in case Baby Gavin decides to make an early appearance. 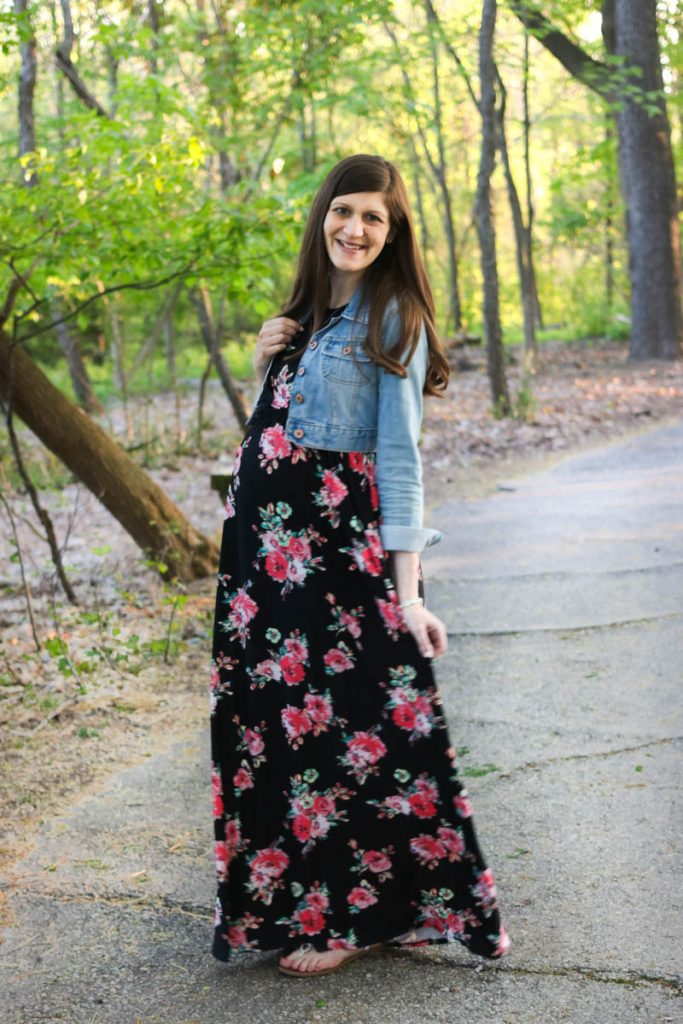 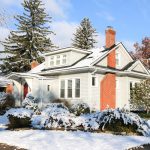 We are Finally Debt Free!