I’ll bet you guys are wondering about the engagement story. Well, today is your lucky day because I’m going to tell you how I planned it and pulled it off. Maria will tell you her perspective on the proposal in a later post. 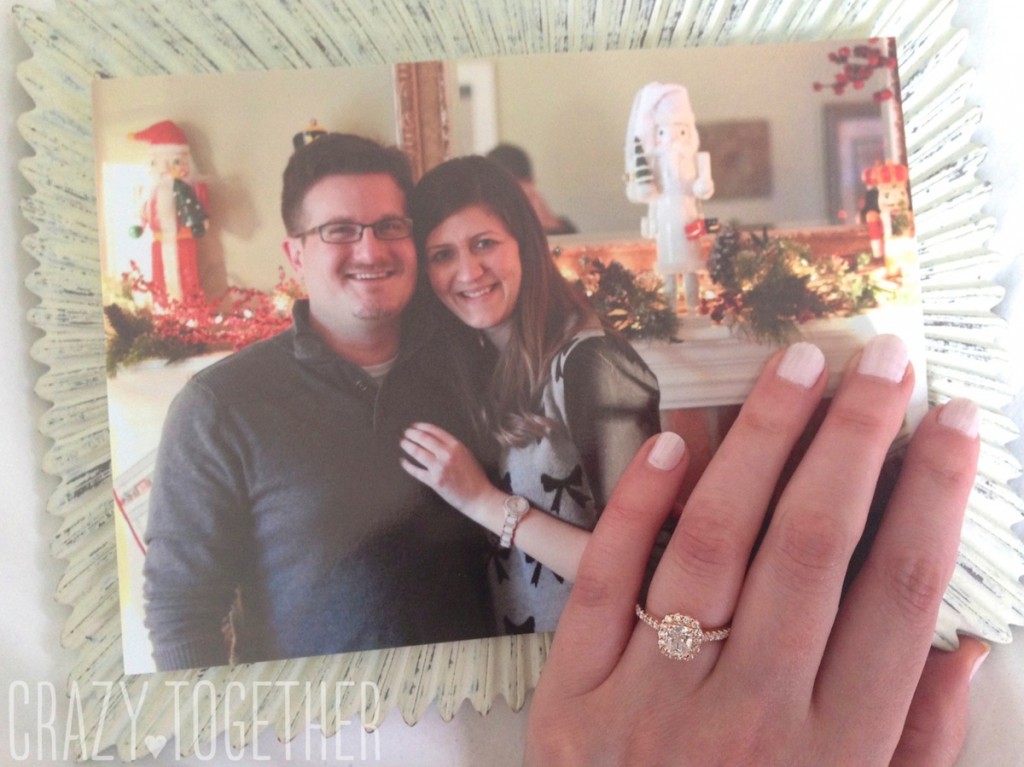 It all started with Valentine’s Day. In case you don’t know, Maria is a HUGE Ingrid Michaelson fan. I don’t blame her. How can you not like Ingrid? Even her cover songs are amazing.

In February, tickets for Ingrid’s latest tour went on sale. As a Valentine’s Day present, I bought tickets for Maria and I for the Chicago show so we could see the concert with Maria’s childhood friend, Meggan, and her husband Rob. Yeah, two Robs; it got a little confusing for both of us at some points. As it happened, Maria and I went to the jeweler and ordered her engagement ring around that same time.

I didn’t have any specific plans for popping the question, but I hoped that I would have the ring before we went to Chicago so I could propose while we were there. Our schedule was tight because we would arrive in Chicago Thursday afternoon, attend the concert Thursday evening, we had plans to meet my cousins for a BBQ Friday evening, and we were returning home on Saturday morning. Friday afternoon was my only opportunity to pop the question. I was worried that I wouldn’t be able to come up with a plan in time.

I received word that the ring was ready one week before we left for Chicago. I quickly ran to our jeweler and picked it up. I mean, that ring is just beautiful. My Maria has good taste. 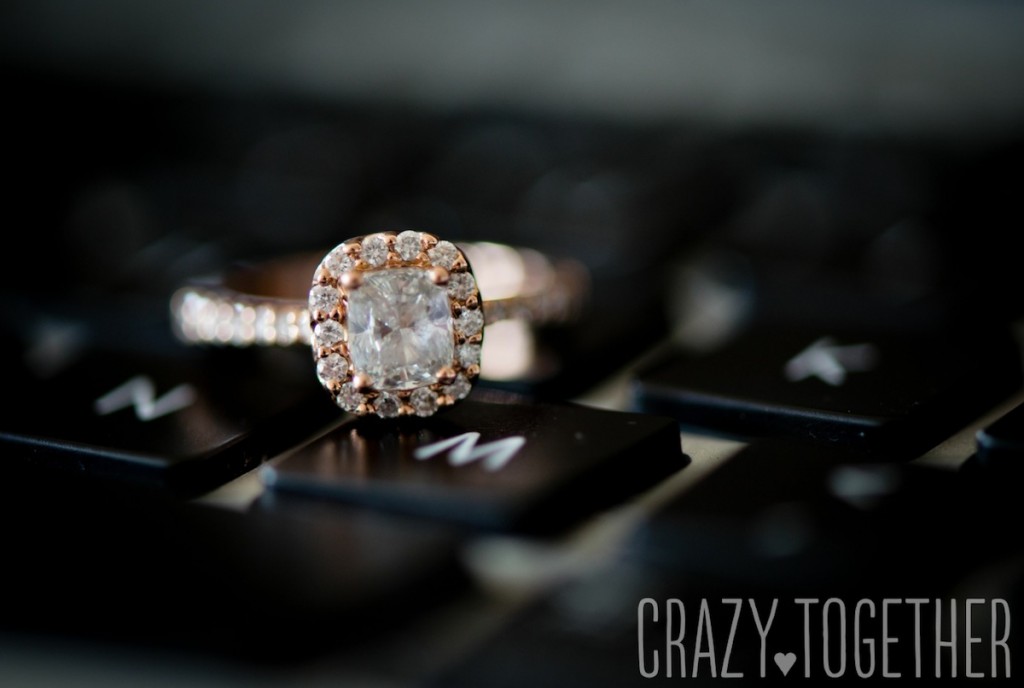 Ring in hand, I called my parents and I promptly went to share the excitement with them. My second call was to Maria’s parents (Jim and Sue) to ask if I could meet them for dinner to discuss “something” with them. Obviously, that “something” was asking for their daughter’s hand in marriage. That phone call was pretty nerve-wracking, even for me. I’m an attorney; I’m used to disputes. I’ve appeared before many judges in contested cases. But here I am asking for their blessing to join their family. I knew they liked me a lot, but that’s still a very big question to ask.

I met Jim and Sue at their house on Tuesday for dinner. Jim grilled us some great steaks.  Once we sat down to eat, I told them how much I love Maria and their whole family. And I asked for their blessing to marry their only daughter. They told me how happy Maria has been ever since I came int0 her life and welcomed me into their family with open arms. It was wonderful. Jim teared up a bit as we talked; he’s known to shed a tear or two when he’s really happy for his children.

Meeting with the Manores just before we left for Chicago worked out well, too, since Maria’s family often jokes about Jim’s struggle to contain news that he is really excited about. This way, the next time he saw Maria would be after I had already asked her and he wouldn’t have to worry about containing it.

We left for Chicago Thursday morning and had a great time with Maria’s friends at the Ingrid concert. While we were at the concert, I had a moment alone with Rob as we waited in line for drinks at the bar. I was so excited about proposing, I just had to tell him. I knew he would tell Meggan, I just asked him to keep it quiet so Maria didn’t get any hints before I asked. He promised and he and Meggan delivered, though I’m sure it was eating Meggan alive knowing that one of her oldest friends was about to become engaged and she couldn’t talk about it yet. On Friday, we decided to visit the Shedd Aquarium and had a great time seeing the exhibits. If you haven’t been to the Shedd, I highly recommend it. Maria shared this photo on Instagram not knowing that in just a few hours I was going to ask her to marry me.

My first time at the Shedd #chicago #teacherfieldtrip #sheddaquarium #teachersofinstagram #teachersfollowteachers A photo posted by Maria Manore (@kindercraze) on Apr 4, 2014 at 9:06am PDT

The entire time we were touring the Shedd, I was certain that Maria knew something was up. I brought the ring in its box since I was worried about carrying the ring on its own in my pocket. I had visions of the ring falling out of my pocket without me noticing and never finding it again. Also, opening the box as you are on one knee has a certain appeal to it, in my humble opinion. So I had this box, but I didn’t have anything to carry the box in. Instead, I put it in my jeans pocket. I tried covering it up by holding my sweatshirt over it, but I thought Maria would notice this clearly box-shaped object in my pocket and wonder what the heck it was.

As we left the Aquarium, I suggested that we walk through the park since it was a gorgeous spring day. Trees were starting to fill in with leaves, it was sunny and in the mid-60’s. Just beautiful. After all that worrying about finding the right moment to ask Maria, the plan naturally fell into place on its own. We walked past the tennis courts and baseball diamonds at the southern end of Grant Park. I briefly thought about proposing near Buckingham Fountain, which is a beautiful fountain that is easily Grant Park’s most famous landmark. However, I saw that the Fountain had not yet been turned on after the long winter and, besides, the Fountain is very public and out in the open. Maria and I are a bit more private, so I wanted to find a more secluded place. 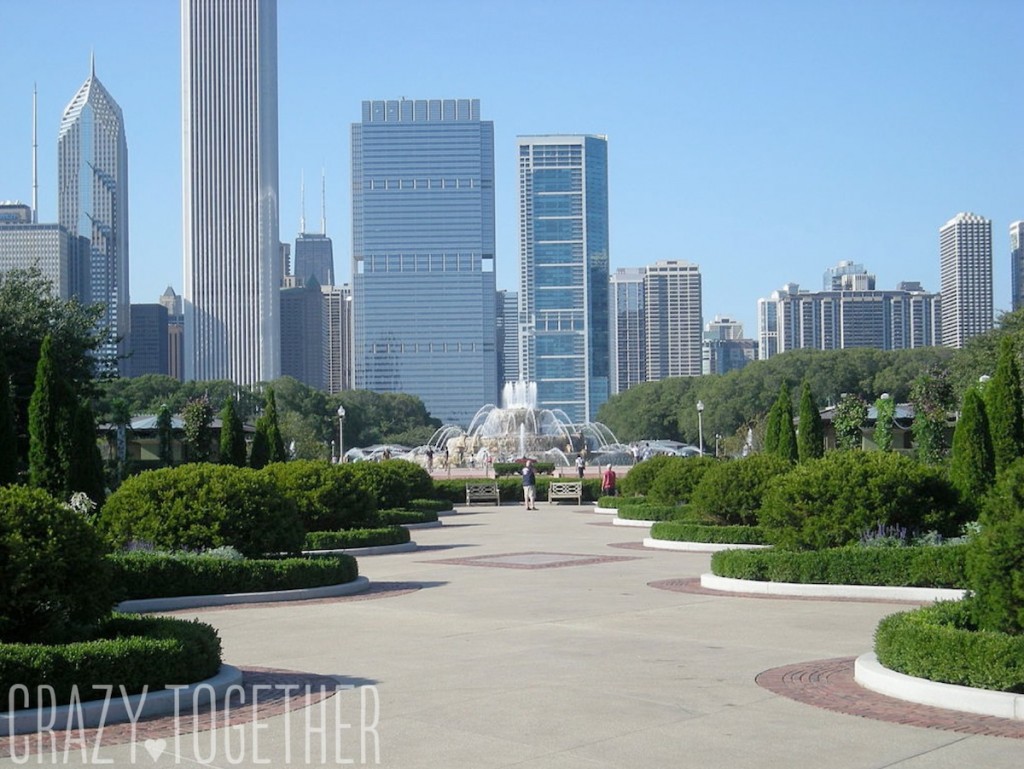 As we approached the fountain, I found a nice, out of the way corner (actually, in one of those nooks to the left of the path in the picture above) and stopped with Maria. And I’ll let her tell the story from here. 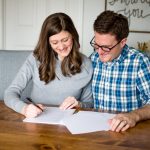 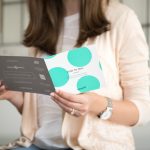 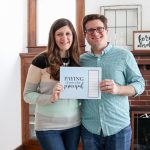